If there’s one thing that no good workshop can go without, it’s a powerful press. No garage is complete without one, and a clever craftsman can find all sorts of creative things to do with a powerful press. Of course, you always want to find a nice balance between capability and cost, and that’s why you want a reliable press from a company like Central Machinery.

Their one ton arbor press is an excellent example of power, toughness, and cost efficiency.

If you’re still lacking a good press in your arsenal and you want to get one that is serviceable but still cheap, Central Machinery Arbor Press will get the job done and somewhat spare your wallet at the same time.

With dimensions of 13.3 x 12 x 5.4 inches, this Central Machinery arbor press is roughly the same size as most other table mounted presses.

Of course, the size is mostly irrelevant; outside of storage, which isn’t much of a problem to begin with, you never move it around much.

And of course, it is pretty small, so it is not like it will take much room on your table either, which is the only foreseeable concern in any situation.

This arbor press weighs a hefty thirty-five pounds, to match its substantial power. This is heavy of course, but as mentioned previously, this isn’t the kind of tool you are lifting and carrying around to be used by hand.

Naturally, the weight is nearly always being supported by your bench, and if your workbench can’t support thirty five pounds, there’s an entirely different problem that needs to be addressed.

Central Machinery Arbor Press is a one ton press. It is an extremely powerful and capable tool. The max height of objects you can fit under the press is five and a half inches, and its max diameter is eight inches.

It has a leverage ratio of twenty to one, its largest arbor is one to one eighth of an inch, and its ram square size is one inch.

Clearly, this Central Machinery press is very powerful, but still quite small. It can only be used on relatively small objects, so if you need to do this kind of work on anything larger, you’ll have to consider a larger alternative.

Considering that a press in general is a relatively simple and straightforward tool, there isn’t much to talk about in the way of special features. Still, this Central Machinery variant does have some things worth noting.

It is an all steel construction, so combined with a lack of too many moving parts, it is almost impossible to break.

It does have mounting holes already prepared, so installing the press on your workbench is quick and painless as well. It also has a significantly large base for stability and a slotted table plate.

There isn’t too much to discuss when it comes to the performance of a press. This particular one is a one ton arbor press.

The only question is if it can actually exert one ton of force, and it most certainly can. Outside of being able to do exactly what it is designed for, it is tough and resilient, and quite easy to set up thanks to those aforementioned mounting holes.

Other than that, it is just a press that does its job.

Considering that some presses that are weaker still cost more than that, it is definitely a good deal.

As far as presses are concerned, there isn’t much difference at all between an expensive one and a cheap one, so being able to get one at this low price is something worth taking into consideration.

You probably don’t need to be told to be careful with powerful tools, especially ones that can exert a solid ton of force.

But even so, be especially wary if you do not plan to mount your press on a solid object. Knocking a solid steel object that weighs thirty five pounds onto your foot will likely result in a lot more pain and money than you’d like to waste.

Always keep young children and pets away from dangerous tools.

Central Machinery Arbor Press is a great investment precisely because presses in general are so straightforward. Aside from how much force they can exert, and the size of the objects they can be used on, presses are pretty much the same across the board.

This one, like many others, is all metal, can be easily mounted on a workbench, and can fit objects about five and a half inches.

It’s durable, simple, and most notably, cheap. Considering no one press is going to serve you far better than any alternative, it is better to save some money if you can.

Click here if you want to learn more about Central Machinery Arbor Press.

If you have more questions and concerns about this power tool, feel free to comment it below.

We would also be glad to hear some of your experiences about the quality and performance of this product. 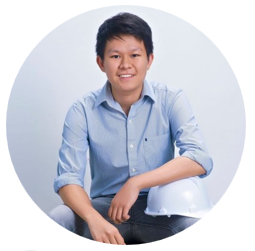 Hey Everyone! This website is dedicated to share my thoughts and personal opinion about various power tools that you can use at home and work. Whether it is DIY projects or big projects, you will find in here the best power tool that you can take advantage of. I hope that this website can help you.